One of the most talented young Greek filmmakers, Thanasis Neofotistos, awarded for several of his short films (among which Greek School Prayer and Patision Avenue) takes over as the head programmer of the new ambitious International Student Competition Program of Drama International Short Film Festival.

We very much encourage film schools and students from all over the world to follow through with their applications.

Τhe International Student Competition is a brand new initiative and one of the most promising programmes of the DISFF. Film Schools from around the world and Greece will participate. It’s an ambitious project aiming to underline the outwardness of the Festival in Drama and goes hand in hand with the outwardness characterising Greek cinema over the last ten years.

The International Student Competition, as well as the upcoming establishment of the Film School in Drama will form an educational background for Cinema. This will offer participants the opportunity to be exposed to one of the major ways in which the Film Industry functions today.

Besides, the new festival aims to be a forum for young talented filmmakers – the future of cinema, to show their work and, hopefully, it will give rise to new film trends. Last but not least, this new department will offer the Drama International Short Film Festival a further enhance its status as asset in its fair claim for a place as one of the leading Short Film Festivals in Europe.

This programme aims at promoting the Greek production of student films within a distinct international context. It will take place along with the National, and the International Competitions of the 43rd Drama International Short Film Festival from 20th to 26th September 2020.

“My participation in Drama International Film Festival as the Head Programmer of the newly-founded International Student Competition is a very personal challenge!

Back, in 2014, with my thesis film GREEK SCHOOL PRAYER I won the “Golden Dionysus” award for best film in Drama Film Festival. This offered me a great beginning and gave me the strength to continue doing what I love most in this world; filmmaking. Therefore, I know very well how important it is for a student filmmaker to be given the chance to present his work in an important film festival. For me this is the best first step for someone to understand the way the film industry works nowadays.

On the other hand, I envision for the program to be international, because, from my personal experience that I have gained through my next short films (PATISION AVENUE, ROUTE-3, etc), I understand the importance that the knowhow of film networking has. Especially in an extremely competitive but also very hospitable worldwide environment looking for new, meaningful artistic voices.

These thoughts will be my guide, towards a modern, artistically competitive and educationally useful International Student Competition program. A program that will help the students to come in touch with the life after their film school, but at the same time will highlight their raw artistic view with the freshness that this can bring.” 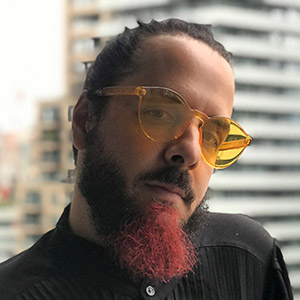 Thanasis Neofotistos is a Film Director, Writer & Architect from Greece. Berlinale Talents alumnus. His short film, PATISION AVENUE (13’-2018), premiered at 75th Venice Film Festival, won 3 awards at 41st Clermont-Ferrand 2019 (Canal+, Jury, EFA) and is a 2019 Festival-Hit with more than 100 film festival selections. ROUTE-3, his latest film, world-premiered at 44th TIFF Toronto 2019 and then again in 42nd Clermont-Ferrand 2020. GREEK SCHOOL PRAYER (20’-2014) was his successful thesis (“Golden Dionysus” Best Greek short film of 37th DISFF 2014 & over 50 IFF), and SPARKLING CANDLES (9’-2019) is his LGBTQI+ super cute queer short film that premiered at the legendary 43rd Frameline IFF. He is now in the financing stage of his debut feature film, which he envisions as his personal coming-of-age Greek tragedy; THE BOY WITH THE LIGHT-BLUE EYES and he is in development stage of his next feature film project, WILD BOARS. 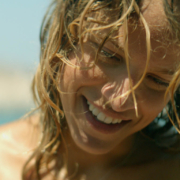