Ever since it was first introduced to the audience, during the 43rd edition of the Festival in 2020 and up until the 45th in 2022, the Cinematherapy programme has been gaining momentum. In its third year of active presence, this year, it is one of the most important programmes within the festival’s activities.

Cinematherapy is defined as the use of films to stimulate and identify emotions or seek conclusions as part of the psychotherapy process. Cinematherapy is actually related to the ancient art of storytelling as an educational tool. Cinematherapy can be used to help viewers understand almost any topic, as cinema covers an extremely wide range of topics.

From the corridors of politics to the academic platforms, the world is now talking about global crises. Health, social, economic, energy, climate crisis, but also a crisis of nature and our security in general. The shock of the pandemic simply revealed the systemic weakness of our global economy and society with all its inequalities.

The priority of the economy can no longer be taken for granted. It is an era of culture wars, identity politics, nationalism, and geopolitical rivalries. It is also, as a result, an era of divisions between and within countries.

The use of cinema as a tool in the provision of prevention and treatment services has seen a great increase in recent years. Access to educational and social programmes aimed at mental empowerment make it necessary and imperative to provide mental support to the general population. Cinematherapy, through entertainment, offers a wide range of communication possibilities, mainly because it helps the viewer manage the nature of their anxiety, contributing to the normalization of the experience in conditions of generalized crisis.

• Tuesday 6/09 at the courtyard of the Cyclops Cultural Space: Screening of the film “Enemy Pie” (2019) by Derek Manson, illustrated by Tara Calahan King. The film tells the story of the creation of a friendship between two boys, but in reverse. From hatred to affinity and then an extraordinarily strong friendship. After the film there will be a discussion, with questions to understand the film and de-symbolize its content, with children under the guidance of Denise Nikolakou, the project manager.

This year, for the first time, there will be an attempt to analyze a tv show that became an absolute phenomenon. The series begins in 1958, after the German Occupation, and ends in 1974, during the military junta in Greece. A vector illustration for the first socio-political daily show in Greek TV. A deconstruction of the “holy” Greek family, while denouncing the stereotypes. There will be a Q&A session with the show director, Lefteris Charitos, and cast members.

• Saturday 10/09 Tribute to Pawel Pawlikowski (2022) A retrospective of his films, including his great documentaries for the BBC.

The Cinematherapy programme is now synonymous with the name Pawel Pawlikowski as the Oscar-winning director himself launched the programme with his film Cold War (2018) at the 43rd edition of the Drama International Short Film Festival in 2020. During the event, excerpts from his rich body of work will be screened, a cinematic collage from his 1st creative period of the BBC documentaries ( 1990-1995) (From Moscow to Pietushki, Dostoyevsky’s Travels, Serbian Epics, Tripping with Zhirinovsky) the 2nd, with fiction films from 1998-2004 (The Stringer, Last Resort, My Summer of Love) to the 3rd from 2011-2018 (The Woman in the Fifth, IDA, Cold War) There will be a discussion and Q&A with director Pawel Pawlikowski and artistic director and director Yannis Sakaridis. Denise Nikolakou will moderate the discussion and the psychological decipherment of his work.

An innovative program occurring for the second consecutive year in the context of the events of the Drama International Short Film Festival.

Cinematherapy is defined as the use of films to motivate and recognize emotions or to draw conclusions in the context of the psychotherapeutic process. Cinematherapy is in fact associated with the ancient art of storytelling as an educational tool. Cinematherapy can be used to encourage the audience to understand almost any subject matter, as cinema covers an extremely wide range of subjects.

The current times of expanded communication codes and the new digital forms of expression indicate that the role of cinema is being redefined, acquiring a new dimension, which if properly adopted by the cultural workers, can offer unlimited possibilities in expanding the cognitive and the spiritual understanding of the spectators.

Despite our familiarity with online media and the direct access it offers to a variety of topics, it seems that very few of them cultivate a multicultural culture, the fight against stereotypes, discrimination, and acceptance of diversity. Undoubtedly, the times we are living in are extremely difficult even for mentally resilient people due to the extreme and abrupt changes in all areas of everyday life. Thus, we are called to face increasingly difficult challenges and to manage complex problems.

It is widely accepted that a film is the product of the work of many professionals who often come from different backgrounds and cultures, something that promotes a sense of harmonious cooperation and acceptance of diversity.

In the context of the events of the Drama International Short Film Festival taking place physically from 12th to 18th September 2021, and all year round through the festival platform (dramafilmfestival.gr), three films have been selected for this year. The originality of this year’s program, in addition to the special content of the films that is a criterion for their selection in this topic, is that two of the three selected films are documentaries. The screenings of the films of the Cinematherapy program will take place on 15th, 16th, and 17th September 2021 at the open-air cinema “ALEXANDROS” from 20:00 to 22:00 in an open discussion with the audience in the presence of the film’s directors and the head of the program, Denise Nikolakou, coordinating the event.

The selection criteria of the three films were shaped according to the needs and the physiognomy of the generalized discomfort that we all experience and want to highlight through the art of cinema.

The objectives of the program are:
a) to enhance the mental resilience through all the technical tools provided by cinema that have multiple levels of impact on the human psyche
b) to combat discrimination based on sex, racial or ethnic origin, religion or religious beliefs, disability, age, or sexual orientation, to promote awareness of equality and non-discrimination.

The use of cinema as a tool in the provision of prevention and treatment has increased significantly in recent years. The access to educational and social programs aimed at mental empowerment, make necessary and imperative the mental empowerment of the general population. Cinematherapy through entertainment offers a wide range of communication possibilities mainly because it helps the viewer to manage the nature of his stress, helping to normalize the experience in conditions of generalized crisis.

Cinematherapy aims to understand the theoretical background of the conditions and reception of audiovisual stimuli of films and test in practice the way cinematic stimuli are processed in order to optimize the reception and the effect/impact on the viewer/spectator. Cinema contributes significantly to the process of transfer / retransmission, as it facilitates and accelerates it. At the same time, the substantiation of mental processes in the cinematic atmosphere, the figures, the symbols and the images of the film, supports the further decoding of the psychic events. 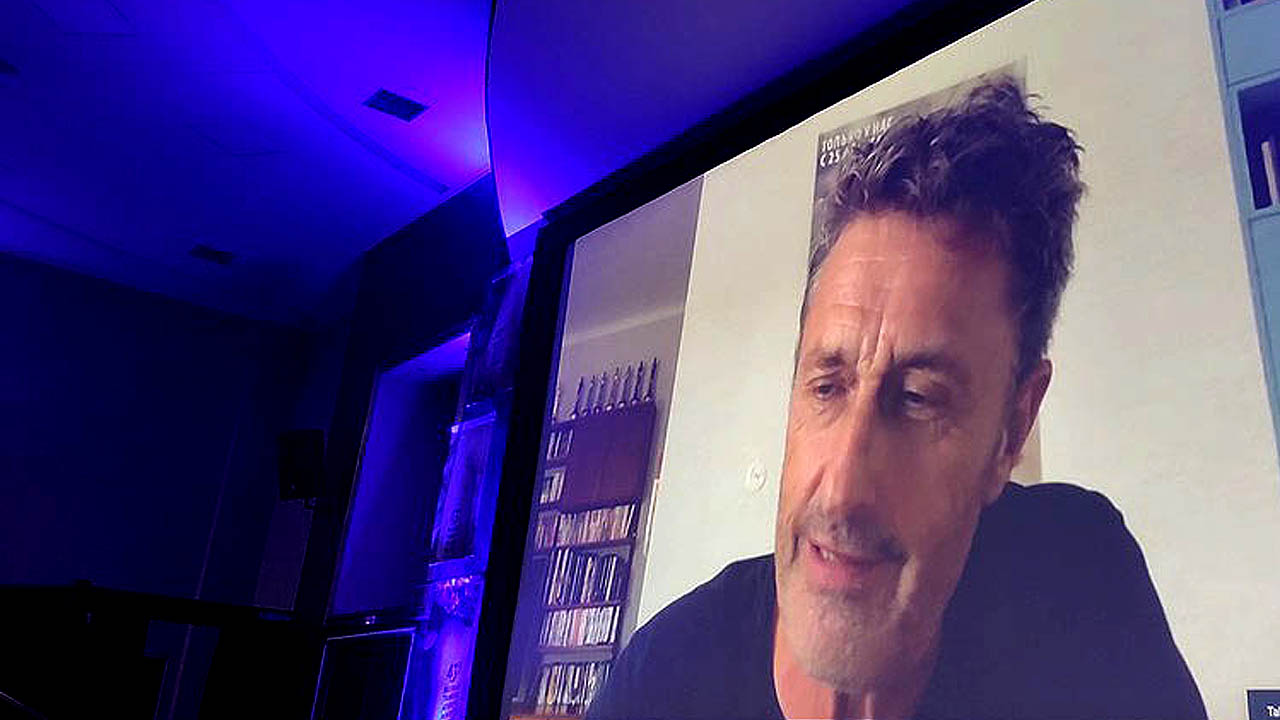 The renowned director took part part in an open discussion on his last film, “Cold War”, moderated in Drama by cinematherapist Denise Nikolakou. The film serves as a springboard for the audience to understand the value and function of cinematherapy, and the manner in which we can process cinematic works in order to garner therapeutic elements. The Drama Film Festival hosted this project for the first time, aiming to highlight the psychotherapeutic effect a film can have on the viewer.