Drama Short Film Festival was first held in 1978, on the initiative of the Drama Film Club. The response of filmmakers, as well as the public, was enthusiastic from the very beginning. A few years later, the Festival was adopted by the Municipality of Drama and then, in the mid-eighties, by the Greek State. In 1995 the Festival became International.

The Festival was established in 1978 and, since 1996, it is a Municipal Enterprise, whose purpose is: to promote and disseminate the art of cinema, and especially of the short film, in Greece and abroad, to develop a spirit of friendship and cooperation between filmmakers from all over the world, to organize screenings of Greek and foreign short films; film tributes; seminars, conferences, lectures and fora; art exhibitions; musical concerts; and theatrical performances, throughout the year, in the city of Drama, in Greece and abroad and to collaborate with similar institutions, both in Greece and abroad, towards the fostering and development of short film.

A message from the Mayor of Drama Mr. Christodoulos Mamsakos 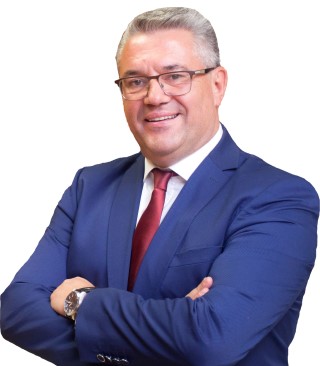 Drama shines upon, and under, the sparkle and magic on Cinema, as it is an integral, natural and effortless part of its cultural identity.

A city of passionate, ardent, caring people, gave life, 42 years ago, to the Child of art, the Short Film Festival, one of the most important ambassadors of our city. Transporting the unquenchable flame of Cinema, within Greece and around the world, with our young creators, our short film makers, who continuously enrich us with new trends and viewpoints, improving cinema and promoting the technological advancement of film production.

We look forward to hosting you in our welcoming city, at the festival of culture, the great celebration of cinema, the 43rd Short Film Festival in Drama, Greek-International-International Student, on a true journey of the spirit and the senses.

Let’s remind ourselves that we are free to dream, to feel, and to sense the power of our own emotions. Perhaps each of us has something of our own to discover and bring to life.

Greetings from the President of the Cultural Organization of Drama Short Film Festival Mr. Georgios Dermetzis

Τhe 43rd  Festival of Drama  is a fact, with the maturity imposed by its age, but at the same time with innovative and foresighted program selections and synergy with the institutions and people of (what is known as) the 7th art, strengthening the relationship and interaction with the city that forged it, and upgrading its overall image and contribution both within our country and beyond.

The year 2020 showed, from the start, the difficult road we have to go down and, in many cases carve, on a local as well as an international level. The Festival lost the person who promoted it for over 25 years, its Artistic Director, to cancer. An end of an era on one hand, but the end of a search, on the other, for the worthy successor who will take over the reins of an internationally renowned institution. I feel more and more justified in my choice of Yannis Sakaridis with each passing day. He is a young man with professional experience in Greece and abroad, recognized in the field of cinema and short film; loved by his colleagues and unifying to them; full of new ideas; nurturing and respectful of what he represents. The moment is now to merge our efforts for the next day of the Festival of Drama.

Thus this year with the full support of the Ministry of Culture, the Region of East Macedonia & Thrace, and, of course, the Municipality of Drama, the superb cooperation with the members of our country’s film industry, and our love of the institution, we have designed and are implementing new programs, integrating digital technology, bolstering collaboration with the Greek and foreign academic community, school education, artistic institutions of our city, as well as new and veteran filmmakers, our desire being to ensure the upward course of the institution, respect for human values and the greatest possible contribution to the cultural development of our region and our country.

A message from the Artistic Director Yannis Sakaridis

It is an honor to take the reins of my beloved festival in these strange times for everyone, but also at a fortunate conjuncture for short film in Greece. For 43 years, the Drama Film Festival has been open to all cinema trends. It is a product of collective vision and work, which relies on the experience and expertise of the filmmakers who take part in organisation and qualifying committees.

For the first time this year we have an online platform where all films will be screened, we launched the International Student Programme, Focus on Animation in conjunction with the University of West Attica, as well as the Cinematotherapy workshop with Pawel Pawlikowski, who is a member of the International Competition committee.

Education, in all its forms, is of great importance to all of us. Be it online or live, throughout the year, for all ages.

Thus, we designed educational programmes with award-winning filmmakers, actors, producers, and technicians, who took part and distinguished themselves in previous years. We scheduled 6 Greek films for the International Competition, acting on our conviction that Greek short films are at the top of international cinema.

This is demonstrated by their continual participation in great film festivals around the globe and, obviously, by the awards and distinctions they achieve.

The big absentee this year is Antonis Papadopoulos, who, in his 20 years as Artistic Director, was the heart and soul of the festival, and the man who raised it to an international level. As the merest tribute to his memory and contribution, we are renaming the main event hall of the Municipal Conservatory of Drama to “Antonis Papadopoulos Hall”.

Yannis Sakaridis studied Photography and Art History at London College of Printing and film direction at the University of Westminster. He has been a member of London Film Makers Co-Op for many years, where he started to direct short films as BUSKERS (1995), SQUADDING IN HACKNEY (1995), DOGKILLERS (1996), MAUSOLEUM (1998), and also some experimental films, such as PARIS (1993), DECAY (1996). He kept on working as a professional film editor for feature films in Greece and Great Britain, such as SCREAMIN’ JAY HAWKINS: I PUT A SPELL ON ME by Nikos Triantafyllidis (2001), THE KING by Nikos Grammatikos (2002), A WOMAN IN WINTER by Richard Jobson (2006), for film trailers for Warner Bros, such as MIDNIGHT IN THE GARDEN OF GOOD & EVIL by Clint Eastwood (1997), THE GENERAL by John Burman (1998), EYES WIDE SHUT by Stanley Kubrick (1999), and also for many British TV documentaries, such as VELVET GOLDMINE for Channel 4, CLASH OF THE TITANS: RANGERS/CELTICS for BBC2, CARNIVAL FACES for National Geographic.

After 18 years in London, he wrote and directed the short film TRUTH (2006), which was the first film he shot in Athens, where he lives since 2007. His first feature film as a director, WILD DUCK (2013), starring Themis Bazaka and Alexandros Logothetis, was premiered at Toronto Film Festival and traveled to festivals around the world.

His second feature as a screenwriter/producer/director, AMERIKA SQUARE (2016) starring Yannis Stankoglou, Makis Papadimitriou, Themis Bazaka and Vassilis Kukalani was produced by Greek National Television and the Greek Film Center. It was awarded in many international festivals and it was the official selection of Greece for the Academy Awards (2018). The film was distributed in the USA, China, Spain, Eastern Europe (HBO), England, Turkey, Greece and Cyprus.

Hollywood Reporter wrote for this film: “Amerika Square is overall one of the best European films to date on the subject of immigration in all its painful implications”. He has participated two times in Drama Film Festival with fiction shorts: MAUSOLEUM (1998), TRUTH (2006, Special Award for Fiction, Best Music Award) He has been a member of its national juries twice. He has also been a member of an Advisory Committee for Short Films at the Greek Film Center.

Filmography (as a director):