The 33rd European Film Awards will take place as a semi-virtual studio production in the unique location of the new Berlin Museum Futurium, where host Steven Gätjen will be guiding through the evening in person, this year without a live audience.

The ceremony honours the achievements of European cinema in the main EFA categories (Film, Documentary, Discovery, Director, Actress, Actor, Screenwriter, Innovative Storytelling) and welcomes special guests and representatives of the European Film Academy: Wim Wenders, Agnieszka Holland, Mike Downey and Marion Döring on stage. The awards in the 8 categories will be presented by internationally renowned talents such as Kida Khodr Ramadan, Louis Hofmann, Emily Atef and Annabelle Mandeng, with more to be confirmed (Hildur Guðnadóttir, Tyrone Rickets, … ); whereas nominees and winners will join us virtually & safely via live links – take a look at the EFA selection and nominations so far, to get an idea whom to expect. As special greeting from Iceland, Halldóra Geirharðsdóttir will be acting as side kick from Reykjavík from which also a music act will be performed during the ceremony.

The huge media response reflects the international interest for the event: Over 200 journalists, including 25 photographers and over 20 TV and webTV crews received an accreditation 2019 to report on the ceremony all over Europe. The Awards Ceremony has been transmitted live worldwide on the website of the European Film Awards and was broadcast on TV in Ukraine, Australia, Poland, Iceland, Malta, Bosnia & Herzegovina, Croatia, Greece, Italy and Spain. In total EFA reaches over 13,000 in print and 4.5 billion in online media and had over 3 million visits on its website during the awards weekend. For more specs on social media reach refer to the attached overview of the social media channels. 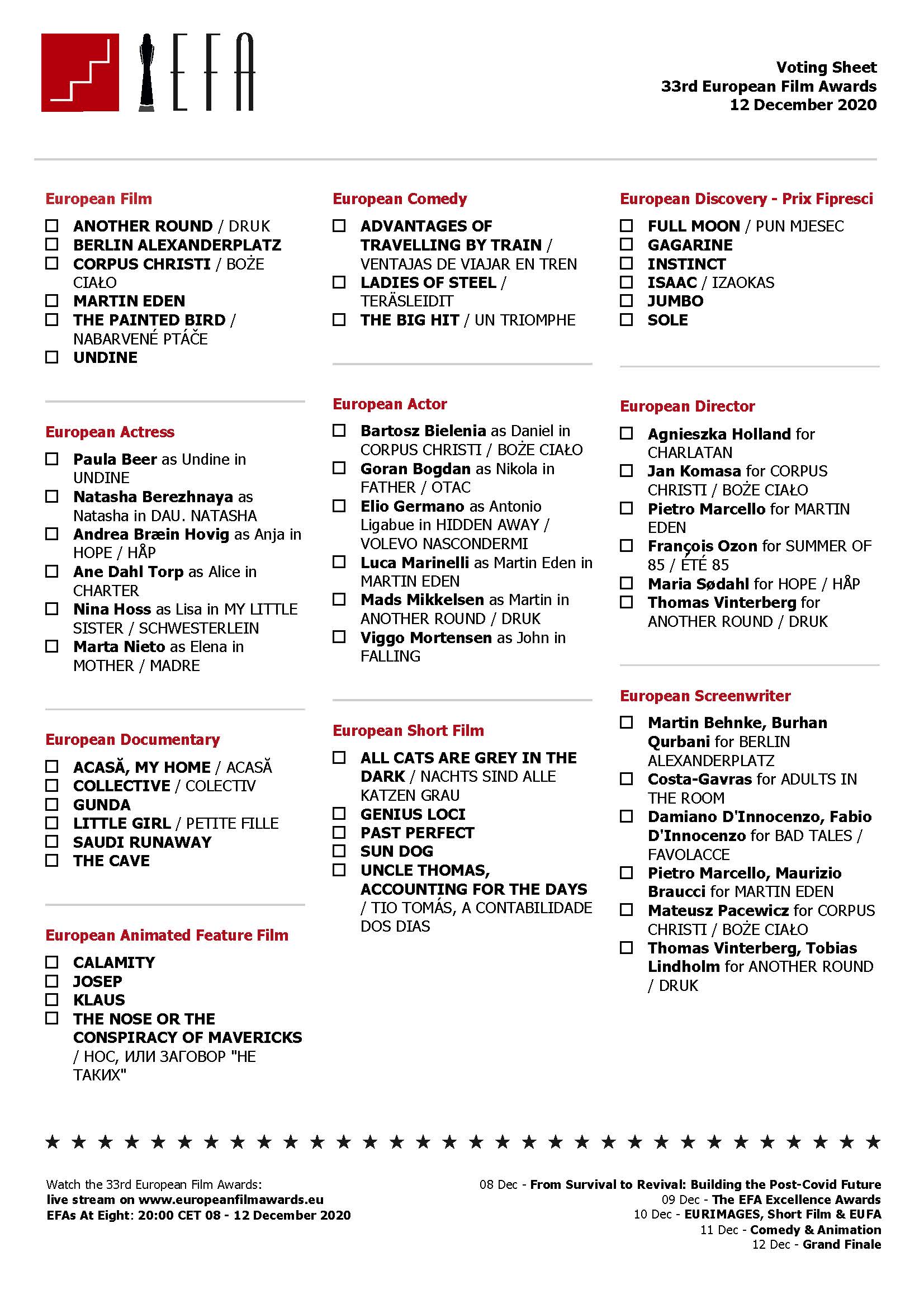